At the US Army Combat Capabilities Development Command in Aberdeen Proving Grounds, MD, countermeasures to chemical warfare are drawn up and considered. Already the US Department of Defence has spent $100M on wearable devices to advance the needs of their soldiers, sailors and airmen. Towards this mission, BotFactory delivered a late model Squink PCB Printer and trained Dr. John Landers, a research from US Defense contractor Leidos and his co-investigator at Army Research Labs, Dr. Hui Wang. Their goal was to create was responsible for developing a new material that may protect soldiers from chemical attack: boron-dipyrromethene (BODIPY).

In a piece published by the US Army DEVCOM press corp, Dr. Wang had this to say, “The LED initiates the reaction, activating the dye-like BODIPY and the BODIPY, when exposed to LED light, converts the nearby oxygen to a more reactive form,” Wang explains further. “It’s that reactive oxygen that breaks down the chemical agent. It all begins with the LED.” 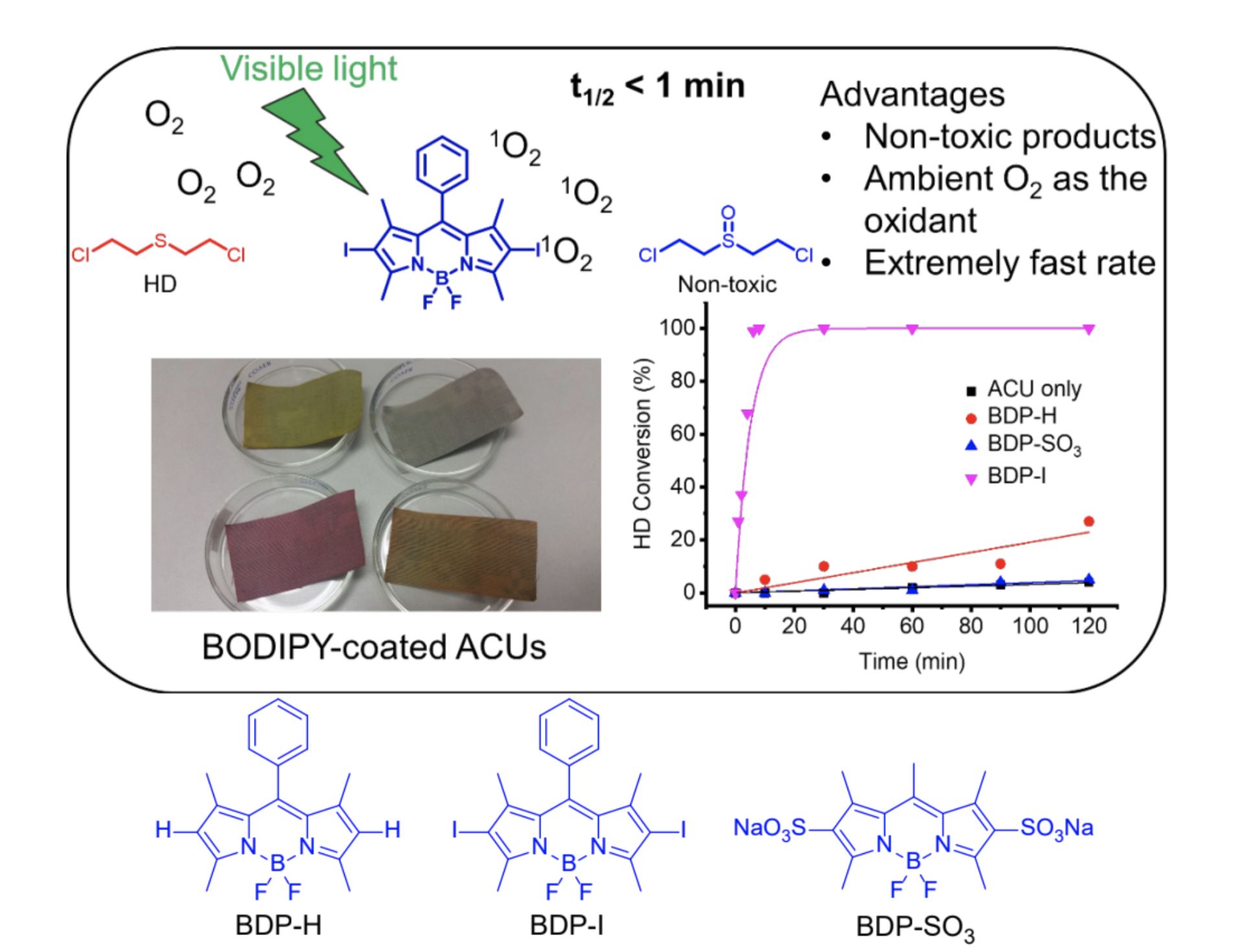 Creating the circuit to produce the UV energy was easy - the hard part was placement. Soldiers are often weighed down by equipment, including countermeasures for chemical warfare that are by design to be disposed off after use instead of continuously working. Thus, it made sense to consider the soldier's fabric itself, a spare surface that by its very nature rapidly absorb toxic chemicals for treatment. Typically contaminated clothing is thrown away - but Landers and Wang believed that their idea could create smart clothing that would simply need a little power. To create the traces, existing circuit fabrication processes weren't possible - however, printing conductive ink would be.

After training, Dr. Landers and Dr. Wang played with various settings, substrates and fiber types to test their concepts, including "Kapton polyimide film (DuPont de Nemours; Wilmington, DE), cellulose, Ecoflex biopolymer (Ludwigshafen, Germany), ACU, cotton, electrospun PVDF fibers, and electrospun PVDF composite fibers." The results were very promising, with substantial evidence that not only could they print on fabric and create circuits that could power LEDs, but they were able to degrade Mustard Gas at a half time of 1 min or less.  This rate In August 2021 Dr. Landers and his team published their results in a publicly available paper titled “Inkjet-Printed Light-Emitting Diode Circuits for Self-Detoxifying Textiles” (link). 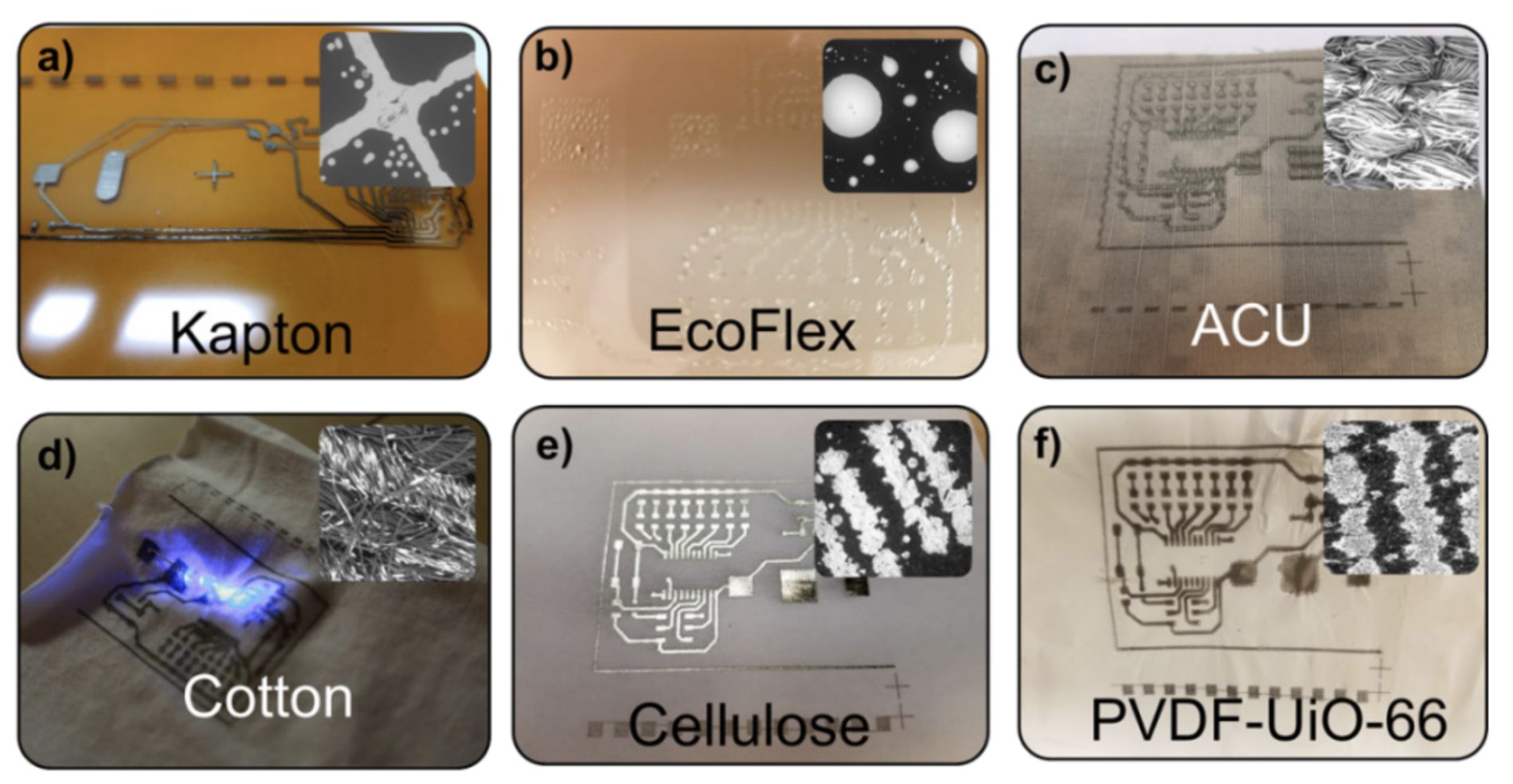 BotFactory’s technology was a critical tool for their research, as demonstrated in the examples created in their paper.  “The feasibility of placing conductive circuits onto fabrics was first demonstrated using the Botfactory Squink conductive inkjet printer. Various substrates were tested (Figure 3) on different geometrical surfaces such as films and woven and nonwoven textiles.”  Dr. Landers was impressed with the experience, sharing it in a publicly released article written by the US Army DEVCOM team (link). “So far, the project looks more than promising ..[ ] ...the decontamination process is rapid.”

All in a day - and three iterations to get it right